The Walls of Jerusalem surround the Old City of Jerusalem. Over the past 3000 years, they’ve been built and rebuilt a number of times.

Suleiman the Magnificent rebuilt the current walls. However, according to legend, when Suleiman saw that the architects had left Mount Zion, on which The City of David was located, and King David’s Tomb outside of the enclosure, he ordered them executed.

The Armenian Quarter is generally not a major tourist destination, Jaffa Gate is the main entrance to the Old City and is located there.

Right past Jaffa Gate are the most popular attractions in this quarte: the Tower of David Museum and the entrance to the Ramparts Walk.

The Christian Quarter is home to Christian Arabs though it contains few houses and mostly religious tourists and educational buildings. This is where Church of The Holy Sepulchre is located.

The Muslim Quarter is mostly is mostly known for the shuk (market) and that the beginning of the Via Dolorosa. It also has many Roman and Crusader remains and is where the Way of Sorrows is located.

The Roman Plaza Museum is located on the remains of the Roman plaza at the entrance of Aelia Capitolina. Today, this gate stands under the Damascus Gate when entering Old …

The Isaak Kaplan Old Yishuv Court Museum tells the story of the inhabitants of the Old Yishuv, displayed through their original belongings, objects, and tools. It also tells of the …

The Little Western Wall, also known as HaKotel HaKatan, is a Jewish religious site located in the Muslim Quarter of the Old City of Jerusalem. While the famous section of …

Jewish Quarter Defender’s Memorial features rare images which capture the last days before the fall of the Jewish Quarter. Photographer John Phillips, a photographer from Life Magazine, arrived in the …

The Gal-Ed Memorial Monument marks the mass grave once located in the Old City of the Jewish Quarter‘s. This grave was where the 48 fallen, both civilians and soldiers, were …

The Israelite Tower is an archaeological site in Jewish Quarter in the Old City of Jerusalem. The tower is a significant find since it testifies to the size and strength …

The Broad Wall is an archaeological site in Jewish Quarter in the Old City of Jerusalem. This wall was Jerusalem’s protective wall during the First Temple period and one of …

Read More about The Broad Wall

The Armenian Quarter is one of the four quarters of the Old City of Jerusalem. Interestingly, the Armenians consider their quarter to be part of the Christian Quarter and are …

The Jewish Quarter is one of the Old City of Jerusalem‘s four quarters. It is filled with history and culture that draws millions of visitors each year. You can enter … 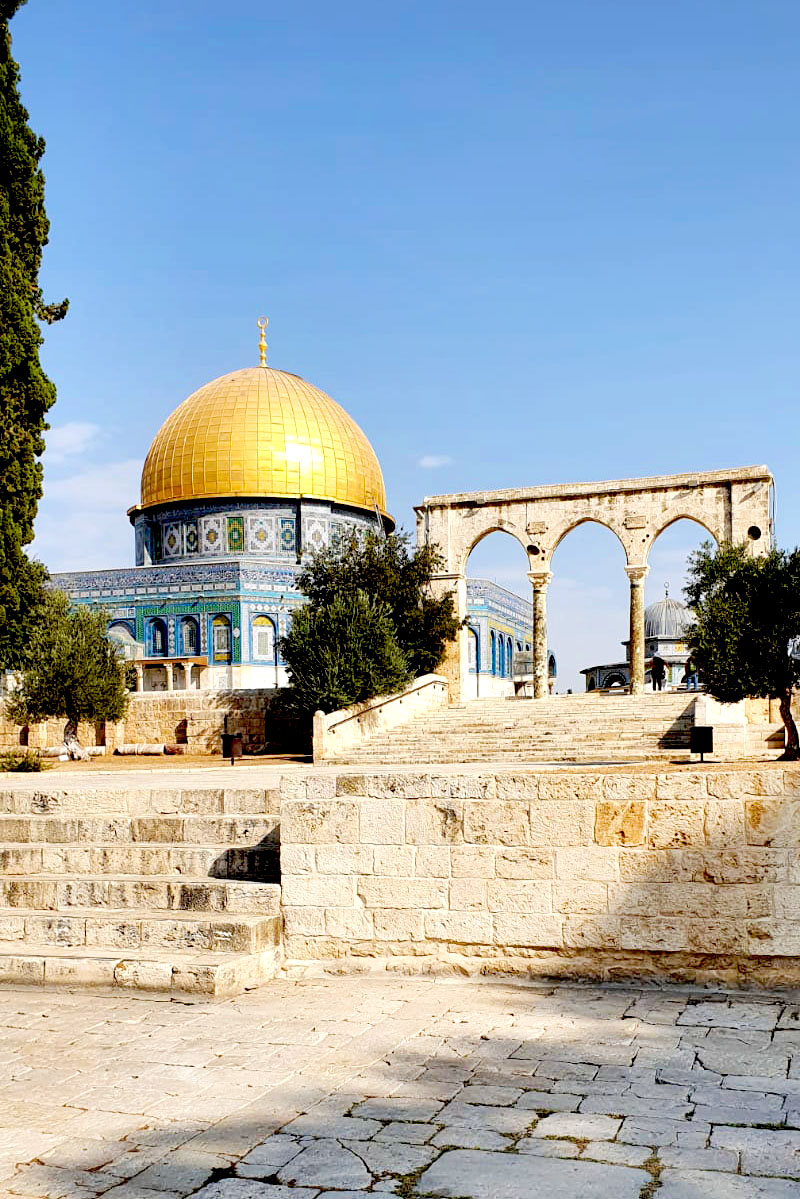 The Temple Mount is the holiest site in Judaism and where both Jewish Temples stood in the Old City of Jerusalem. King Solomon built the First Temple on the Temple …

Read More about The Temple Mount