Whenever friends come in to Jerusalem and don’t know the city, I bring them to my “must see in Jerusalem” sites.

There is so much to see that I made a complete list of Things to Do in Jerusalem with about 50 things on it.

The thing is, you can’t do all of them in one visit to Israel, you can easily spend a day or two just seeing everything there is in the Jewish Quarter of the Old City.

Then I thought, you may want to make your own itinerary out of the must see sites in Jerusalem so here they are:

The Temple Mount refers to the elevated plaza above the Western Wall that was the site of both the First and Second Jewish Temples. It is and always has been the holiest site in the world to Jews.

in the 7th century Muslims began viewing Jerusalem and the Temple Mount as a holy site. Today it is considered the third holiest sites to Muslims, after Mecca and Madina.

At the end of that century the shrine known as the Dome of the Rock was built on the Jewish holy site shortly and Al Aqsa mosque was as well shortly there after.

Non-Muslims are permitted to visit the plaza during set days hours. However they are not allowed to enter the Dome of the Rock.

The Western Wall or the Kotel, is the last remaining wall of the Second Temple. It is revered as a holy site because it is the closest to the Temple Mount Jews are legally allowed to pray.

In addition to Jews, many Christian tourists also come pray at at the wall.

Prayers there include regular Jewish prayers that are said three times a day, saying Psalms, and personal heartfelt prayers.

It is also tradition to leave a note asking G-d for things. These can be anything your heart desires, big or small.

Chamber of the Holocaust

The Chamber of the Holocaust was the the world’s first Holocaust memorial and is a powerful yet little known museum by Israelis and tourists alike.

It was built as a symbolic cemetery, as a place for Holocaust survivors to cry and mourn for their families, especially if they didn’t know where their loved ones were buried.

The memorial was established in 1949, four years after the end of World War II and a year after Israel was founded, as Holocaust survivors who came as refugees to the country sought a place to grieve.

Built in a Crusader dungeon, the chamber was a place for Holocaust survivors and victims’ descendants to light memorial candles, recite the Kaddish, remember, and mourn.

Today, it is a museum and the objects, on display were donated by Holocaust survivors and victims’ families as a memorial to those who perished.

Established in Jerusalem in 1953, Yad Vashem has become the most visited site after the Western Wall.

It is dedicated to preserving the memory of the dead, honoring Jews who fought against their Nazi oppressors, and Gentiles who selflessly aided Jews in need.

The focus of this museum is remembrance, education, documentation, and research related to the Holocaust.

I think, together with the Chamber of the Holocaust, it tells a very important part of Jewish History.

The Western Wall Tunnels offer a tours that follow tunnels under ground, between the houses of the Jewish Quarter and the Western Wall Plaza, and extends to the end of the wall under the Muslim Quarter.

The site contains unique archaeological findings from many periods of Jerusalem’s 3,000 years of existence.

This includes evidence of Jewish settlement and government from the First Temple, 2,700 years ago.

This guided tour will bring your through archaeological sites, give historical information and context of discoveries found there.

The Jerusalem Archaeological Park and Davidson Center are located nearby the Western Wall in the Old City.

The park contains artifacts from different periods: the First and Second Temple periods, the Byzantine period, Muslim period, the ancient Crusades period, as well as others.

The most exciting findings are: the walls of the city from the First Temple period, the steps leading up to the Temple, the original street from the time of the Second Temple period, shops, ritual baths, and more.

However, you can also walk the streets and climb the stairs pilgrims to the Temple Mount did 2,000 years ago.

The Davidson Center is a museum within the archaeological park, with presentations and exhibitions related to findings from the site.

In addition, a virtual model with local guidance will take you back in time to the days of the Second Temple.

With it, you can and walk with pilgrims on the street, buy a sacrifice, immerse yourself in the mikveh, and ascend to Temple Mount.

The Tower of David

The Museum presents Jerusalem’s story. It details the major events in its history beginning with the first evidence of a city in Jerusalem in the second millennium BCE, until the city became the capital of the State of Israel.

In addition, the Citadel itself is a fascinating archaeological site and offers a virtual reality tour.

The Herodian Quarter is a museum that exists under the Jewish Quarter. Here you can see ancient houses, ritual baths, and housewares which belonged to priests who worked in the Temple.

The City of David

The City of David is the most ancient part of Jerusalem and is only a short walk from the Western Wall.

It was created by King David began over 3,000 years ago.

Today, this ancient city is a national park and the most important archaeological site in Israel. It has some of the most exciting archaeological finds of the ancient world.

The main area that has been arranged for visitors is on the south side of the Old City near the Dung Gate. 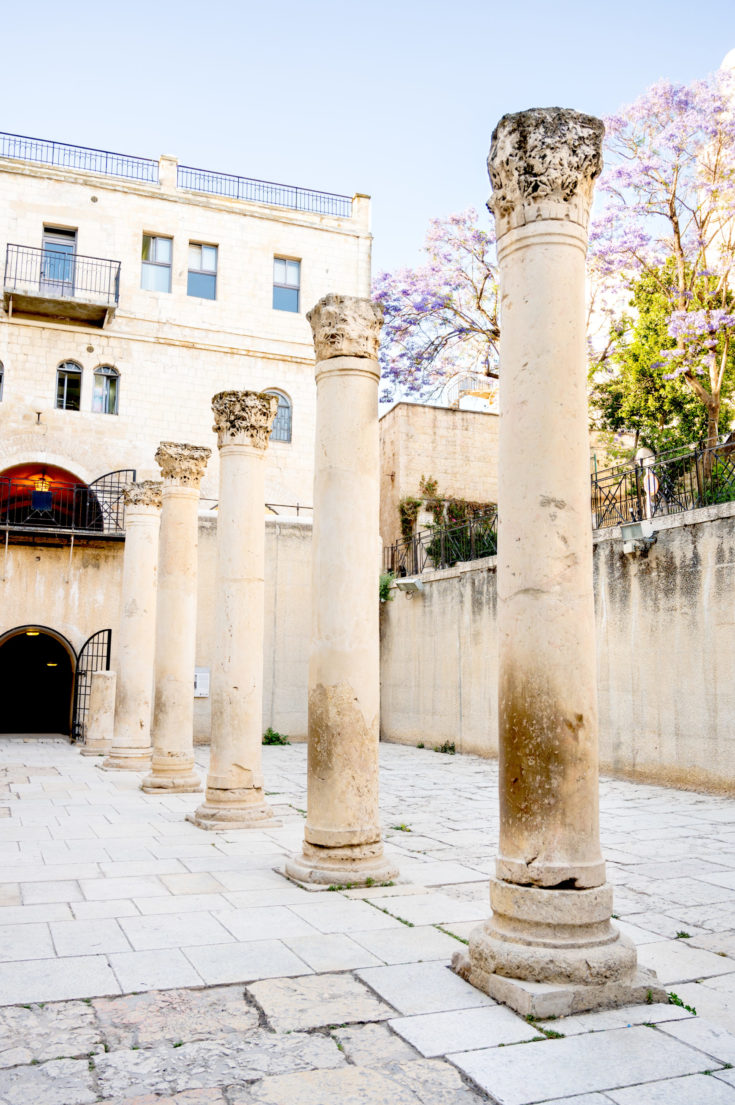 The Cardo was once the road and market place that ran through ancient Jerusalem. Today, you can walk through this archaeological site as the Romans and Byzantines.

As you follow the path you will reach an underground market filled with lovely shops built into vaults from the Crusader period.

The Rockefeller Archaeological Museum houses antiquities unearthed in excavations conducted mainly during the time of the British Mandate.

The museum contains thousands of artifacts ranging from prehistoric times, dating back back one million years, to the Ottoman period.

The most charming part about this museum is the fact that it hasn’t changed much since opened in 1938.

It is frozen in time and looks very much the way museums were when British archaeologist excavated throughout the Middle East.

The Israel Museum is Israel’s largest cultural institution and one of the world’s leading museums in art and archaeology.

The focus of the museum is on the art, Judaica and ancient artifacts of the Land of Israel and beyond.

It features the most extensive holdings of Biblical and Holy Land archaeology in the world.

The Museum houses works dating from prehistory to the present day in its Archaeology, Fine Arts, and Jewish Art wings.

Mahane Yehuda Market more often referred to as “The Shuk” is a favorite of locals and tourists alike.

The main street is lined with stands selling fruits, vegetables, and nuts with clothing and gift shops sprinkled in between.

However, if you go down the opens in the main path you'll find a whole other world with restaurants, cafe's, bakeries, jewelry shops, and so much more!

Today, First Station – known in Hebrew as HaTachana HaRishona – was once a busy railway station filled with hustle and bustle.

The Jerusalem Biblical Zoo is a wonderful way to spend a relaxing day in Jerusalem.

The zoo is home to 2,200 animals representing over 270 different species across  62 acres.

In addition to being a zoo, it also it a conservator of endangered species which they breed in captivity and, in some cases, reintroduce in to the wild.